White Allyship: The Magic Of Missing The Point 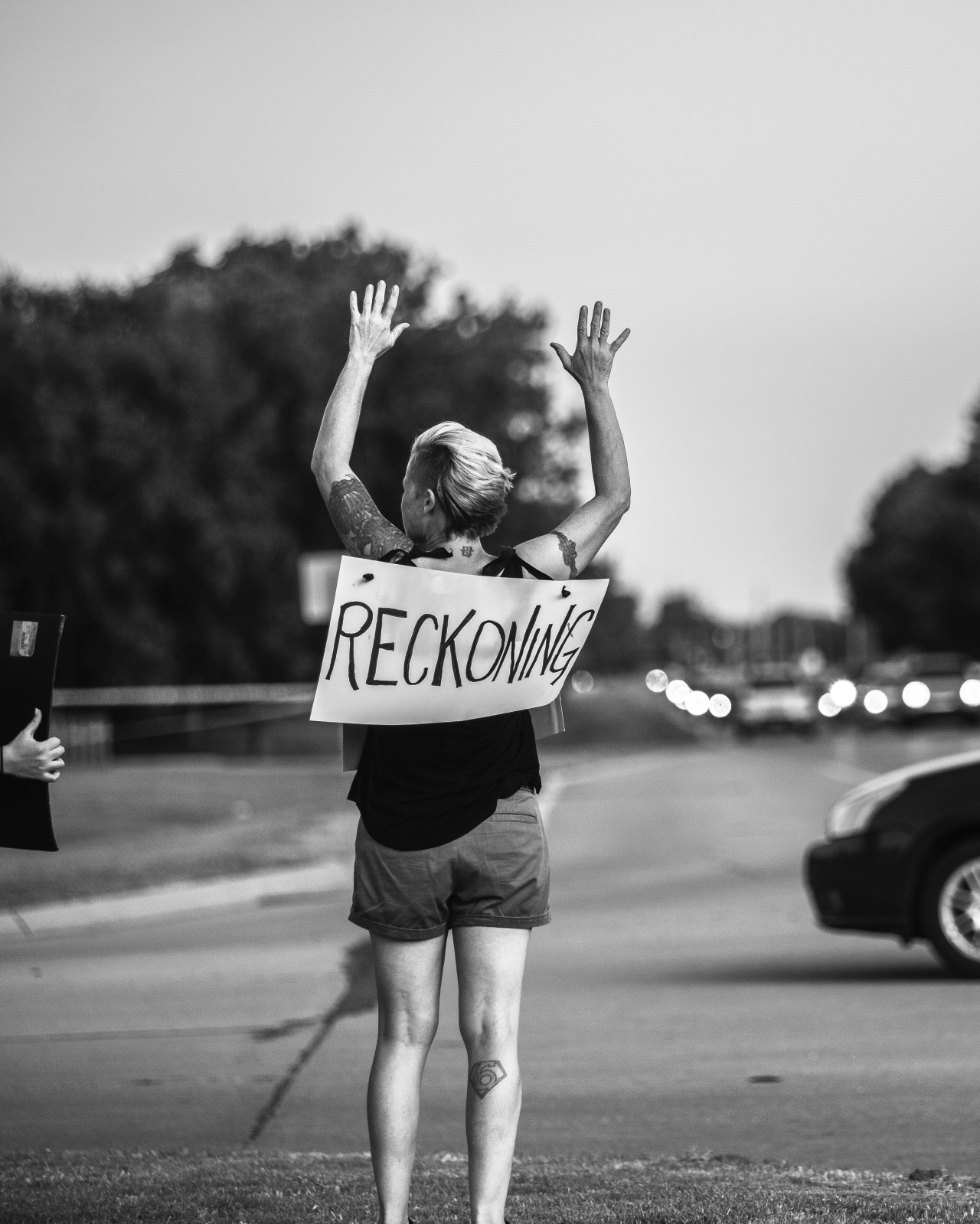 It was the last day of May 2020. It was muggy and not what you’d call traditional Oklahoma summer heat. However, the inside of my mask had already started to display the salty residue of someone not quite prepared for the humidity. That afternoon, some friends and I gathered with what felt like a thousand other people in Tulsa’s Greenwood District to march in support of Black life on the 99th anniversary of the Tulsa Race Massacre. At one point during the rally, my friends and I were on the I-244 overpass north of downtown Tulsa trying to navigate our way through shoulder to shoulder people. Reflecting back on it, I don’t know if I had any business being on the overpass that day.

In The Fire Next Time, James Baldwin observed that, “A vast amount of the energy that goes into what we call the Negro problem is produced by the white man’s profound desire not to be judged by those who are not white, not to be seen as he is.” I can vouch for this. It’s hard to find a white person who wants to be labeled “racist.” So instead of wrestling with and facing how we got to where we are, we choose to numb ourselves to the disgrace of honestly reckoning with our legacy of white supremacy. The white ally identity is a ruse that has been put into motion to manage the buried anxieties of the white supremacist legacy we refuse to reckon with. It’s a brilliant sleight of hand that draws attention away from our complicity. It distracts us by bringing into our focus the racist white people way worse than us. On the surface, people can see we look different than those undesirables, but the trick is that we’re not, after all, so very different.

By claiming a white ally identity, we might be attending to our anguish but not necessarily the source of it. More than that, we attend to our white ally status and neglect addressing the foundation of white supremacy that we still build our lives on. Thus, our white identity grows increasingly fragile, weakened by a suppressed and unattended guilt, which exacerbates the anxiety that we try to unsuccessfully manage. Instead of building on a new foundation, we choose to improve our curb appeal with cosmetic and superficial remodels. It is apparent that the theoretical commitments of white allyship bend toward racial justice. So, in theory, a white ally “gets it.” But what’s important is that we pay attention to the ways we put into practice those commitments. That we recognize the forces we apply in the pursuit of these good intentions. It’s in this critical self reflection that we will discover that our theoretical ideals of white allyship too often clash with the way we put white allyship into practice, which takes cues from those unattended assumptions of white supremacy.

I’ve come to learn that the organizers of the rally never intended for the march to take over the I-244 overpass. It wasn’t a planned part of the rally out of a concern it would have distracted from the messages the BLM organizers intended to convey. Even so, whether or not anyone else should have shut down traffic on the overpass that day isn’t what I’m addressing here. The question that matters here is, why was I there? If I’m being real with myself, I was on the overpass because in the moments before I took that first step up the embankment, I made a series of small but consequential assumptions and choices to prioritize my allyship over the work of racial justice. My impulse to consume and take part in the activity on the bridge led me to dismiss my initial thoughts that the I-244 shutdown might not have been intended by the BIPOC individuals who had organized the event. Instinctively, my behaviors were born out of centering my white needs. I needed to suture the lacerations of an incessant guilt. I wasn’t on the highway because I was asked to be. I was there because I felt like I needed (moreover, wanted) to be. I was there out of that “desire not to be judged by those who are not white.”    Sadly, white allyship left unchecked becomes a fertile ground for a superiority complex to take root and eventually invade and erode the groundwork of racial justice work happening across communities. A white ally satisfied with performing at the surface level of theory does no good. For white people who are trying to not be seen as they are, it’s second nature to reach for the accepted toolkit of white supremacy that has served our interests for centuries.

Looking back on that day and reflecting on my behavior, there are signs pointing to how white allyship can instinctively turn to taking over space and reckless aggression even when these strategies go against a white ally’s theoretical intentions. I’ve watched white allies take over leading chants at BLM rallies. I’ve seen them incite aggressive confrontations with police. I’ve stepped onto an overpass seeking a moment. I’ve stepped toward an opportunity to establish my ally cred. That day I crossed an overpass, which I thought would bridge my anxieties and lead me to being the good white guy I hoped people would see. At some point, we as white allies need to realize how the assumptions and behaviors that have served us for centuries can also creep into the attitudes and development of white allyship. As white allies, our primary work is to reckon with the white supremacist legacy we’ve inherited. We cannot keep skipping over this important work. We must resist the urge to whitewash over it with a watered down coat of theoretical performance that does little more than prove how good we are at getting attention.

← The Victory of Greenwood: E. L. and Jeanne Goodwin
Racial Disparities in COVID-19 Rates Are Rising in Oklahoma Prisons →

One Comment on “White Allyship: The Magic Of Missing The Point”